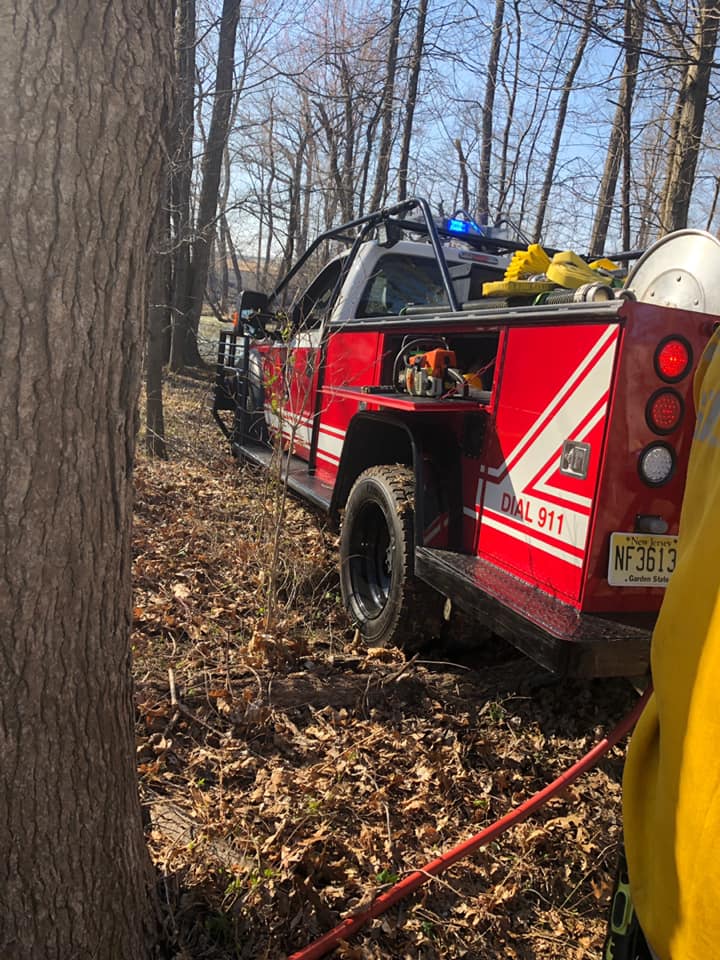 Brush 49 went to Scotch Road in Ewing for a multi-alarm brush fire (pictures below by Capt. Collins).

And the afternoon finished with a reported Structure Fire on Woodland Road In Plainsboro’s local, which subsequently was a brush fire with minimal extension to the siding of the house. 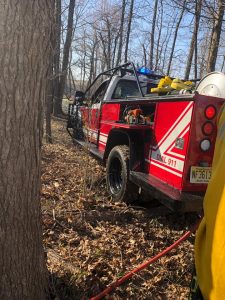 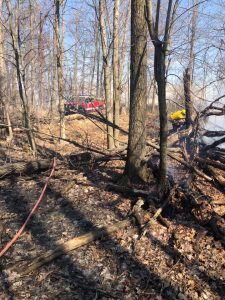 Two more runs for the day. First was a cover assignment in Hamilton Station 16 as they operated at a working structure fire. Shortly after, Station 49 was detailed to Barclay Blvd.

Units arrived to find a 30’ area of much and brush burning near the residence. Crews deployed a class A foam line and raked the mulch to overhaul. As we extinguished that fire, we were requested to suppress another brush fire across the way. 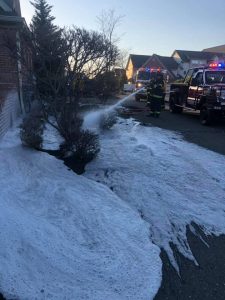