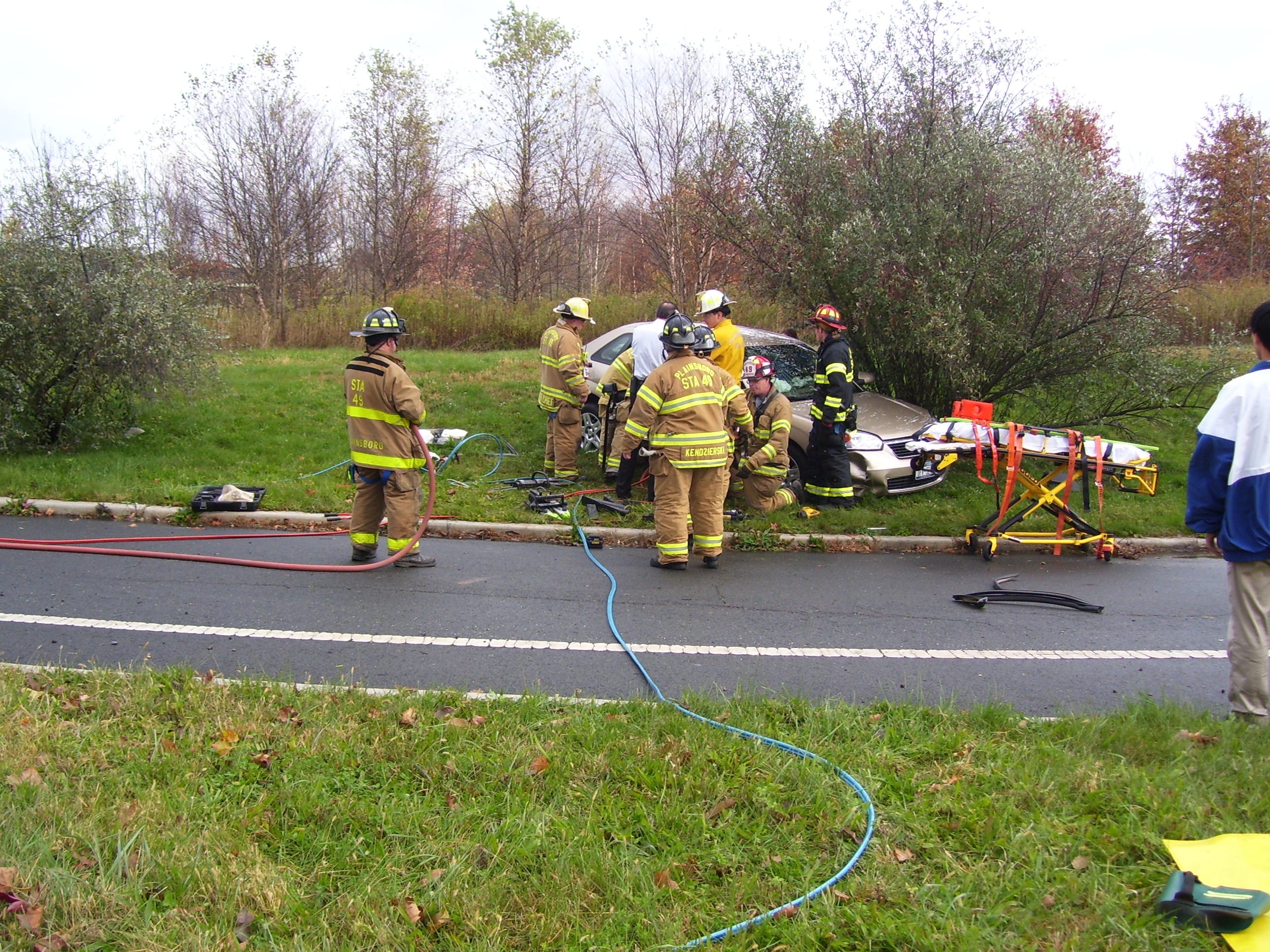 On Saturday morning October 28th 2006 at approx. 1101 hrs the fire company was dispatched to an MVA Plainsboro Road at the connector. Engine 49-1 arrived on location and reported a 2 car MVA 1 car with heavy side intrusion. There was 1 occupant moderatly entraped and all hands working removing door and roof of vehicle. Power was secured to the vehicle and units remained on scene until vehicles were towed. Units that responded were Deputy 49 Engine 49-1 Engine 66 PPPL Rescue 49 Engine 49-3 Utility 49 and the Plainsboro Rescue Squad.